Kanpur-based perfume businessman, Piyush Jain has once again become a talking point. The Indian income tax department decided on Friday May 27 to investigate the industrialist’s tax evasion case. Bureaucrats noted Mr. Jain’s testimony inside the prison on Friday. Officers interrogated him for more than 5 hours.

The DGGI officers officially submitted their report to the IT department last week, after which the Kanpur Division IT department launched an investigation into the matter.

In an interview, Mr. Ambreesh Tandon, the Special Prosecutor said that a letter was sent to the IT department to start an investigation in the case of Piyush Jain by the Ahmedabad division of the DGGI. After receiving the letter, the IT department filed a plea with the court asking for permission to interview Mr. Jain inside the prison. Income tax officials received permission from the court to question Mr Jain on Friday.

According to reports, officers entered the jail around 11 a.m. and exited around 5 a.m. after questioning the industrialist.

Background to the case

Previously, in December 2021, DGGI officers recovered Rs 194.45 crore in cash, 23 kg of gold and 600 kg of sandalwood from Jain’s perfume industry. This wealth he possessed was not accounted for. Under article 69 of the CGST, the perfume businessman was taken into custody after this search. It was after this incident that Piyush Jain came into the picture. 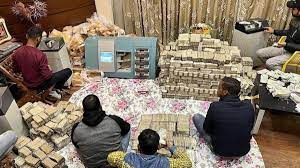 DGGI and Local Central GST officials jointly raided the industry and Mr. Jain’s home where they recovered excess silver and gold. The DGGI had imposed a tax of Rs 52 crore on the total cash seized from the industrialist. However, the industrialist had asked the DGGI to deduct the tax levied on the total of the confiscated capital and to return the rest to him.

The Income Tax Department will now confiscate or reclaim the remaining capital after deducting any tax liability issued by the Directorate General of TPS Intelligence (DGGI) under Income Tax Section 132B. 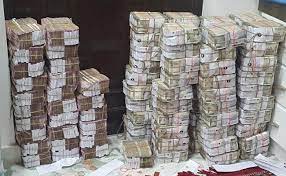 According to the ANI report, the wealth that was recovered from Mr. Jain is currently kept inside the State Bank of India (SBI). The Kanpur-based IT department will now issue a warrant against Piyush Jain and investigate his previous year’s tax returns by double-checking the income tax report submitted by the industrialist in 2021.