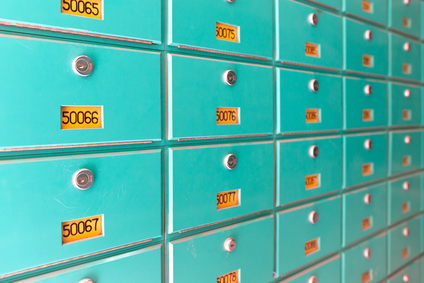 The Netherlands remains an attractive place for businesses and criminals who wish to avoid tax and hide money by using shell companies, despite efforts to address the issue, a government commission said on Monday.

The current situation is damaging both the reputation of the Netherlands and generating little savings, the commission said and urged the government to take further action.

“It will be a few more years before we know what the influence of previous changes will be,” said commission chairman Bernard ter Haar. ‘But we can see that the Netherlands remains a major player and the movement [of money] by the Netherlands has not been reduced.

The commission estimates that shell companies have created only 3,000 to 4,000 jobs and represent less than 1% of the country’s tax revenues. Instead, multinationals and their tax advisers have been the main beneficiaries, the commission said.

In particular, changes to the register of ultimate beneficial owners (UBO) will make it clear who is behind the companies, the commission said.

Tax Minister Hans Vijlbrief said in a reaction that the cabinet will continue to play a proactive role in improving the international tax regime but that it will be up to the next government to decide whether or not to put the committee’s recommendations into practice.

The NGO Tax Justice Network said earlier this year that the Netherlands remains an important location for tax evasion, with only the British Virgin Islands, Cayman Islands and Bermuda playing a larger role in helping multinational companies to pay less taxes.

In particular, the loopholes in Dutch law which allowed interest, royalties and dividends to be transferred elsewhere, and the way in which multinationals can compensate for losses recorded in another jurisdiction, are at the root of the countries’ high position. – Low on the list, according to the report.

This summer, Australian tax research institute Cictar released another report which showed taxi and meal delivery giant Uber transferred $ 5.8 billion to around 50 shell companies in the Netherlands in 2019. after creating a huge tax shelter.

The finance ministry, however, says the outgoing cabinet has made major strides in eliminating tax evasion, and points to new rules covering interest and royalties and other changes to be made in 2024.

Thank you for donating to DutchNews.nl

The DutchNews.nl team would like to thank all the generous readers who have donated in recent weeks. Your financial support has helped us expand our coverage of the coronavirus crisis evenings and weekends and keep you up to date with the latest developments.

DutchNews.nl has been free for 14 years, but without the financial support of our readers we would not be able to provide you with fair and precise information and functionality on everything Dutch. Your contributions make this possible.

If you haven’t made a donation yet, but want to do so, you can do this via Ideal, credit card or Paypal.